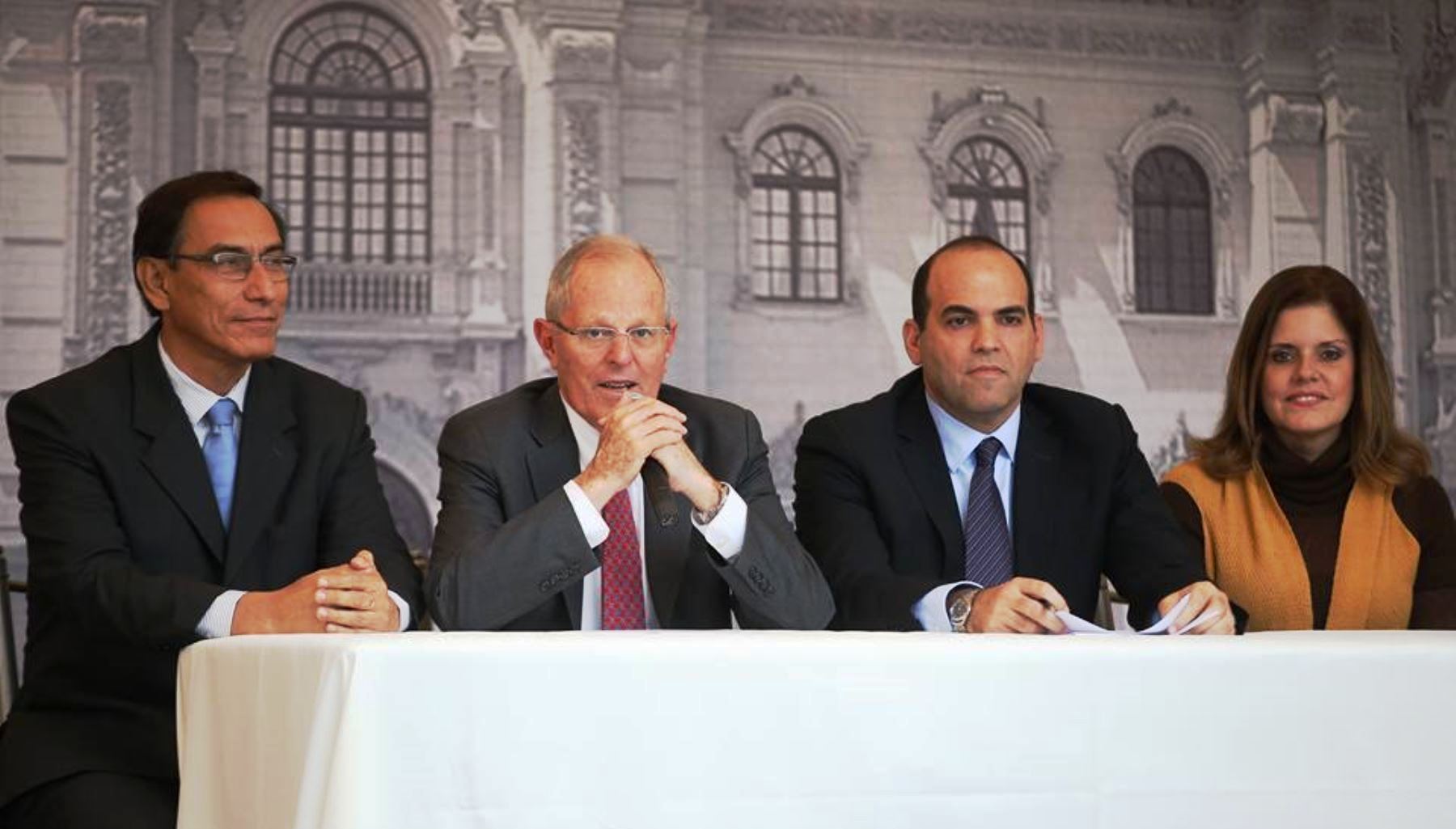 President-elect Pedro Pablo Kuczynski unveiled the 19 Cabinet ministers who will lead his government on Friday.

“We’re turning the page. What we want is modern politics based on qualified people,” Kuczynski said at a press conference. Kuczynski’s Cabinet is comprised of primarily technocrats with ample experience in their fields, but little political experience. Critics say that the lack of political savvy could thwart the government agenda given a Congress controlled by the opposition.

Alfredo Thorne, economist and banker with senior experience at the World Bank, JP Morgan and Peru’s Catholic University, will serve as Kuczynski’s finance minister to replace Alonso Segura. Kuczynski has also signaled that he will keep central bank president Julio Velarde in his position for another term.

Gonzalo Tamayo, economist and former director of Peru’s telecommunications regulator Osiptel, will serve as mining and energy minister. Tamayo has 20 years of experience working on infrastructure, electricity and energy projects.

Kuczynski’s interior minister will be Carlos Basombrio, a Catholic University sociologist with experience in the interior ministry during the government of former President Alejandro Toledo. Basombrio will be tasked with combating rising crime rates after an election in which citizen security was voters’ top concern.

After initial reports that congressional president Luis Iberico would assume the defense ministry, the former journalist’s Alliance for Progress party opted not to participate in the incoming Cabinet. Kuczysnki appointed as defense minister Mariano Gonzalez, a lawyer with experience in the defense and interior ministries during the government of President Ollanta Humala.

University of the Pacific economist Elsa Galarza will serve as environment minister. Environmental issues are often a hot-button issue at the heart of social conflicts in one of the world’s most bio-diverse countries. The incoming government will decide whether to create an ocean reserve along the northern coast, and increasingly frequent oil spills in the Amazon create a difficult dilemma for state oil firm Petroperu.

Kuczynski’s Vice President Martin Vizcarra, a celebrated former governor of the southern state of Moquegua, will serve as transportation and communications minister.

In the only holdover from Humala’s government, Kuczynski will keep education minister Jaime Saavedra in his post. Patricia Garcia, dean of the public health school at Peru’s top medical college Cayetano Heredia University, will serve as health minister. Kuczynski made improvements in education and healthcare hallmarks of his campaign.

Ricardo Luna, a former ambassador to the United States and United Nations, will serve as foreign minister.

International trade specialist Eduardo Ferreyros will head Peru’s trade ministry. Ferreyros worked in the trade ministry during the governments of Alan Garcia and Ollanta Humala, and he negotiated terms of trade with the World Trade Organization and APEC.

Jose Manuel Hernandez, a leading engineer at the National Agrarian University, will serve as agriculture minister.

Edmer Trujillo, an engineer at the National Engineering University with experience in the state governments of Arequipa and Moquegua, was appointed housing minister.

Jorge Nieto, a sociologist at Peru’s Catholic University with experience working at UNESCO, will be the government’s culture minister.

Cayetana Aljovin, a lawyer and former deputy minister of communications under Alan Garcia with experience in the finance ministry, will serve as Kuczynski’s development minister.

Alfonso Grados, a business leader who has served is a former director of the Sporting Cristal soccer club and vice president of operations at Interbank, is Peru’s new labor minister.

Ana Maria Romero, a former women’s minister under Alejandro Toledo, will return to the post under Kuczynski’s government.