Why Peru’s democracy is not in jeopardy 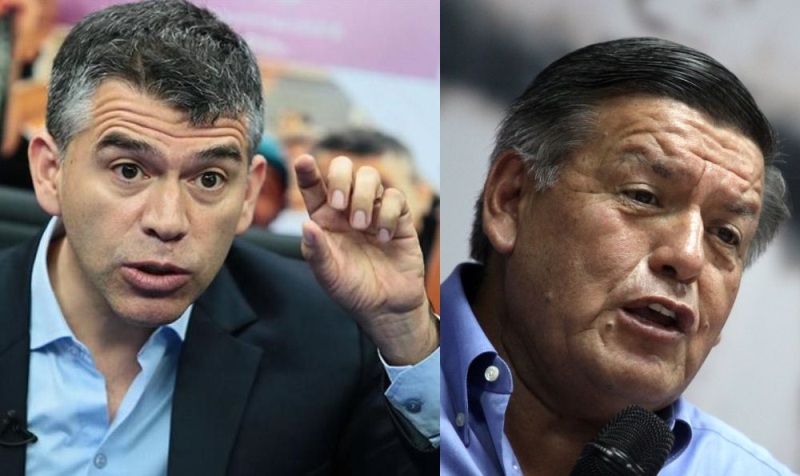 The disqualifications of two presidential candidates is not a signal of a breakdown in Peru’s democracy.

The Organization of American States (OAS) secretary general recently characterized Peru’s 2016 elections as “semi-democratic” for the late removals of presidential candidates Cesar Acuña and Julio Guzman. A wave of opinion articles have sounded the alarm about the state of democracy in Peru.

There has certainly been chaos and uncertainty in the disqualifications of Acuña and Guzman, as well as the seemingly endless attempts to remove the remaining candidates. But before the international community concludes that Peru’s democracy is on the brink of failure, I want to play devil’s advocate and maybe temper the panic.

Peru’s next president will be legitimate

Neither Acuña nor Guzman were going to win the presidency.

Once the spotlight focused on Acuña following his ascent in the polls, a wave of scandals ruined his reputation so much that his Alliance for Progress party is now struggling just to make the 2016 elections threshold in order to remain registered and seat congressmen who do win.

But Guzman’s exclusion was the case that made world news because he was in a statistical tie with frontrunner Keiko Fujimori in a hypothetical runoff. Barring the top challenger to the daughter of a jailed former president makes great sensation for the foreign audience.

But Guzman was a flash in the pan. He had probably peaked during the exclusion process, and he had begun to develop the image of a “flip-flopper.”

In one of a few stumbles in very little time, Guzman said he would repeal the law which requires the government to hold talks with indigenous groups affected by mining and energy projects. The comment made news because even Peru’s most business-friendly politicians would never publicly condemn the Prior Consultation Law.

Guzman immediately backtracked and, within weeks, proclaimed in Arequipa that the controversial Tia Maria copper project would not move forward if the local community did not approve. Given the residents near Tia Maria would not even qualify for prior consultation under the law, he had effectively pivoted from a hard-right, pro-business position to at least a center-left if not hard left stance on mining, the engine driver of Peru’s economy

That was one of a few cracks in the facade which betrayed the candidate’s weakness. Since then, Guzman’s support seemed to evaporate with his disqualification. There were no mass demonstrations, no opinion columns calling for his reinstatement. Everybody just forgot about him. Guzman is pleading his case to international bodies and in Washington DC because nobody in Lima cares.

Guzman’s surge probably came from the considerable anti-Keiko vote, which saw a young, handsome centrist associated with words like “outsider” and “economist” who had a chance to beat Fujimori. When his weakness was exposed and candidacy disqualified, those voters switched as quickly as you would change your shoes.

The fact that neither candidate was truly strong does not conclude that Peru’s democracy is healthy. The end does not justify the means. But there is no validity to the argument that Peru’s next president will not have a legitimate mandate, as Guzman has claimed (from the United States).

While Peru’s top analysts don’t care about Acuña or Guzman, they are kicking up a fuss about the poorly written and unsustainable regulations which barred them. However those laws, which are clearly flawed, were passed with the goal of forming a better democracy.

Vote buying is inarguably an undesirable feature in a healthy democracy, but it has been par for the course in Peru for generations. The main flaw in the new law may have been in setting the punishment at disqualification for a gift threshold as low as $6, as opposed to heavy fines for the party.

Panamericana not only filmed Acuña promising thousands of dollars to Lima market vendors, they followed up and confirmed the money was delivered. He was clearly guilty. The cases against Fujimori and Pedro Pablo Kuczynski, on the other hand, were not so strong. Their parties probably are spreading money around to win support, as is Peruvian tradition, but the JNE could reasonably absolve them where it could not keep Acuña in the race.

The problem is the overly ambitious law in a country which is not so clean.

The law which barred Guzman looks to bring order to the political parties, of which there are dozens in Peru. Most Peruvians have no clue about ideological differences between the parties, because in most instances there are none. They are more like personality-driven cults.

One law established an elections threshold for political parties. President Alejandro Toledo was elected in 2001 with a Congress made up of 11 different parties. The situation proved ungovernable as the legislature went to war simply to appoint congressional committees and perform other routine tasks.

So Peru passed a law which requires a political party to obtain 5% of the national vote in order for any of its candidates to be eligible to take their seats in Congress. The elections threshold has already succeeded in reducing the number of parties by forcing those with similar platforms into coalitions. Peru is considering raising the threshold even higher.

Another problem with political parties is corruption, the lifeblood of Peru’s government since the the Spanish colony. Many of Peru’s political parties today are prone to become machines built on patronage and clientelism. Jailed former Ancash governor Cesar Alvarez allegedly ran a corrupt, murderous mafia in his Count on Me party, and prosecutors are trying to bring charges against a similar machine in Chim Pum Callao.

To discourage political bosses in the vein of Boardwalk Empire’s Nucky Thompson, Peru requires parties to have an “internal democracy,” which in the United States take the form of primaries and conventions. Peru’s government does not tell the parties how to set up their conventions, they just require that they have them.

Guzman was not barred because his Everyone for Peru party violated difficult bureaucratic processes imposed by the government. The party violated its own rules.

The party not only held an improper nominating convention for Guzman, but its congressional candidates were barred from most state ballots for holding improper regional primaries. El Comercio even reported alleged crimes via forged signatures on documents submitted to the state elections authority. Even if Guzman won the presidency, there was the possibility that he would have to govern without one fellow party member in Congress.

It may have sucked the wind out of Guzman’s main theme of running a more efficient government when it was clear he was not very effective in running an efficient political party. None of the other contending parties had difficulty in complying with the internal democracy requirements.

The Everyone for Peru party, whose 2002 founding makes it middle-aged on Peru’s standards, later withdrew all its candidates from 2016 elections and sidelined Guzman from its leadership moving forward.

Who is the ringmaster?

If the disqualifications are being orchestrated by some power player behind the scenes, who is it?

If President Ollanta Humala’s government is pulling the strings, why did they bar the top contender to Keiko Fujimori, his government’s top political nemesis of the last five years? And why can’t he get the prosecutors to leave first lady Nadine Heredia alone?

If Fujimori forces are the unseen power, why can’t they get Alberto Fujimori out of jail? Why did they bar Keiko Fujimori’s vice presidential candidate from the congressional race? And couldn’t they engineer a first-round win for Keiko Fujimori?

Is big business controlling government? Then why is the government passing policies unfriendly to business, such as allowing pensioners to withdraw their pension funds and boosting the minimum wage? And why don’t they bar Veronika Mendoza, whose policies are inspired by the 1980s Alan Garcia and Hugo Chavez?

The truth is the ringmaster is the Peruvian public. And any public can select ugly policy. Think of the United States’ adventures with Prohibition, the Iraq War or Donald Trump.

One strength Peru’s democracy has is what I would characterize as a fiercely independent press. Public approval for “presidential couple” is lower than that of Venezuela’s Nicolas Maduro, Argentina’s Cristina Kirchner and Brazil’s Dilma Rousseff. Their plight is largely due to the media’s relentless quest for blood. Peru’s journalists are like a pack of rabid dogs fighting with each other over the carcass. Grupo El Comercio dismissed a journalist for going too far in paying a fugitive influence peddler for dirt on the president.

And the summary opinion of Peru’s journalists regarding the disqualifications is that the electoral laws are flawed. There have been calls to revise them when the new Congress is seated. If that happens, it will be a redemption of Peru’s democracy.

The uncertainty and prolonged processes so close to elections have certainly undermined the prestige of the process in the minds of Peruvians. But before we outsider pass a verdict on Peru’s young democracy, let’s wait to see if the next Congress addresses this year’s chaos. 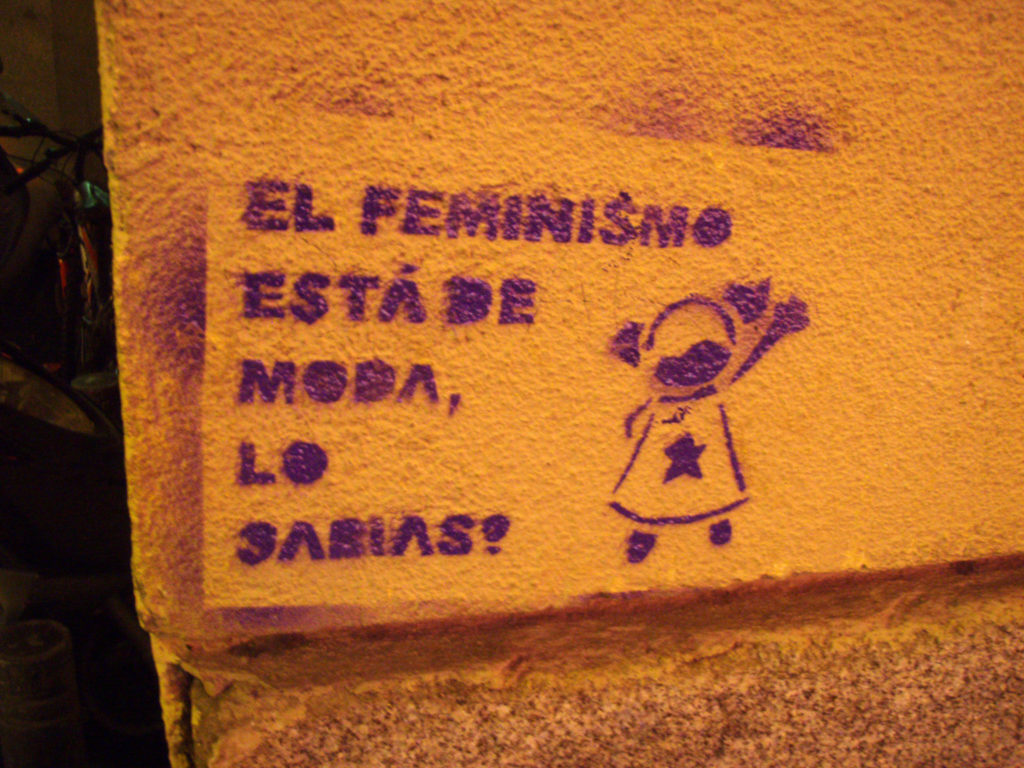