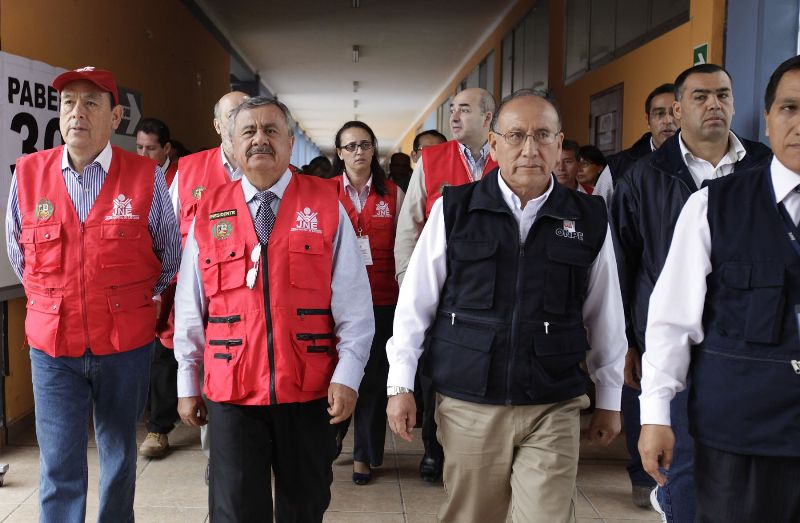 Peru’s smaller political parties continue to drop out of 2016 elections to avoid losing their legal registration for not garnering the minimum elections threshold.

A new law establishing a tougher elections threshold cancels the legal status of political parties which do not obtain 5% of the national vote in 2016 elections. The new standard which took effect this year is prompting Peru’s smaller political parties, some of which are headed by high-profile veterans, are withdrawing their candidates from the ballot.

Remaining a political party registered with the JNE electoral supervisory carries significant value, or at least being unregistered is a fatal punishment. If a party is unlisted, it has to go through the entire registration process from scratch. Of all the legal paperwork and hurdles, the most difficult requirement is collecting signatures from 3% of the country’s voters, which in 2011 amounted to 493,992.

The new law allows parties to abstain from participating in one election cycle without losing its inscription. So the parties performing poorly in the polls are opting to sit out in 2016 in order to regroup for the next election season, as opposed to taking their chances now with an insurmountable downside.

The most notable withdrawal has been President Ollanta Humala’s Peruvian Nationalist Party, which won over a third of Congress in 2011. The ruling party has since suffered mass desertions from liberals who saw Humala’s governing policies at odds with his populist campaign promises. Others left as corruption investigations battered first lady Nadine Heredia and public approval for the “presidential couple” has fallen to below 15%.

Unfortunately for Humala and Heredia, withdrawing from the elections angered loyal partisans enough to prompt more defections, including the 2016 presidential candidate. With the party base eroded down to a shell of what it was after triumphing in 2011, the president and first lady will have to build the base back up without the hard-left platform or a single congressman in the midst of what will likely be more intense investigations into party finances under an unfriendly government.

Some parties still in contention are expected to withdraw soon. Former President Alejandro Toledo, who is polling at less than 1% in his bid for a second presidency, faces calls to withdraw Possible Peru. That party’s hopes seem to rest on an earth-shattering performance by Toledo in the presidential debate Sunday night, when the former World Bank economist’s opponent will be leftist candidate Veronika Mendoza.

Still others facing difficulty in opinion surveys have opted to enter official alliances with other parties, as seen in the curious alliance of longtime rivals APRA and Popular Christian Party (PPC), led by former President Alan Garcia and Lourdes Flores respectively. Peru’s law says that such coalitions raise the elections threshold by 1% for each party.

Critics say Garcia was desperate to improve his standings in the presidential race while the PPC was desperate to keep its registration. But the Popular Alliance, as it was dubbed, may have backfired as veteran PPC members refused to support Garcia and APRA members are repelled by Flores. Garcia’s support never saw a bump, even when Julio Guzman and Cesar Acuña were disqualified.

Fortunately for both parties, both historic on Peruvian standards, the election threshold allows a party which did not obtain 5% of the vote to keep its registration if six candidates win nationwide. With the country’s two oldest political machines and strong candidates throughout the country, that coalition is seen as likely to win the minimum 6% of the vote to remain registered. Whether this move will work in future elections depends on the success of proposals to increase coalition additions to 2.5% for each additional party.

Another party previously seen as strong is former La Libertad governor Cesar Acuña’s Alliance for Progress. The multimillionaire founder of Cesar Vallejo University competed with Pedro Pablo Kuczynski for second place in the presidential race before being barred for vote buying. Aside from his disqualification, a wave of scandals left his reputation in ruins and may have caused irreparable damage to the party.

Alliance for Progress can count on strong support for respected congressional president Luis Iberico and sitting Vice President Marisol Espinoza, the latter a defector from the Nationalist Party when Alliance for Progress was strong. But the party lost its presidential candidate and two strong congressional candidates in Anel Townsend in Humberto Lay when they quietly quit the campaign.

If the party does not make the 5% elections threshold, none of its candidates are eligible to be seated. Even if Possible Peru’s Carmen Omonte, APRA’s Mauricio Mulder, Popular Christian Party’s Juan Carlos Eguren and Alliance for Progress’s Roberto Palacios are each reelected handily, any candidate is disqualified if their party does not get 5% of the national vote or win with six total candidates.

The new laws governing elections and political parties has already sparked widespread criticism within Peru and around the world. Two presidential candidates were barred within two months of the April 10 election, and three of the top five are technically still in jeopardy.

Another scandal in waiting is that the law, modeled on similar thresholds in Germany and Israel, does not explicitly set a specific cutoff date for parties to withdraw.

“[The JNE] should put it in writing, make it clear on which date the withdrawal of the presidential or congressional candidates is possible,” constitutional lawyer Fernando Calle told Correo. “Tell those who are still in the race if they can still withdraw or not.”